Zi-Kai (pronounced "ZEE-kye") is a CPU Mii from Wii Sports Club and Wii Party U. His Total Skill Level is 141. He is ranked #36 in rankings.

In Tennis and Baseball, he is a pro at Level ★5 and he usually plays with Susie in Tennis. In Boxing, he is terrible, being one of the three worst players at Level 1.

In Wii Party U, Zi-Kai is an Expert Mii. 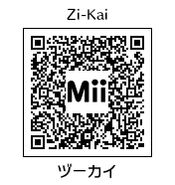 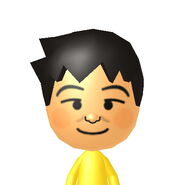 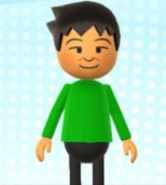 Zi-Kai in Wii Party U. 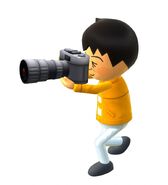 Zi-Kai in a Wii Party U Artwork.

Zi-Kai as a swimming referee.

Zi-Kai with Giulia and Skip.

Add a photo to this gallery
Retrieved from "https://wiisports.fandom.com/wiki/Zi-Kai?oldid=201380"
Community content is available under CC-BY-SA unless otherwise noted.