Yuriko (pronounced "YOO-REE-KO") is a CPU Mii from Wii Sports Club and Wii Party U. Her Total Skill Level is 21, tied with every other Standard Baseball teammate.

She only competes as a Baseball teammate and appears as a spectator in Tennis and a coach in Boxing.

In Wii Party U, Yuriko is in Standard Difficulty. 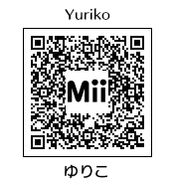 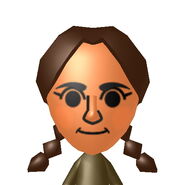 Yuriko in Super Smash Bros. for Wii U.

Yuriko as a swimming referee.

Yuriko in Wii Party U.