Not to be confused with Ren and Rin.

Xue-Ren (pronounced "SHWEH-RUN") is a CPU Mii from Wii Sports Club and Wii Party U. His Total Skill Level is 220. He is ranked #19 in rankings, tied with Giulia and Donna.

In Tennis and Baseball, Xue-Ren is a top Pro at Grade ★10.

His skill in Boxing is great at Grade 10. He is one of the last Non-Pros.

In Wii Party U, Xue-Ren is in Beginner Difficulty. 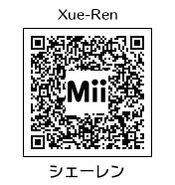 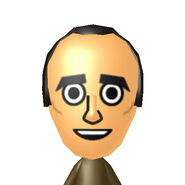 Xue-Ren in Wii Party U.

Xue-Ren with Xiao-Tong in Miitopia. 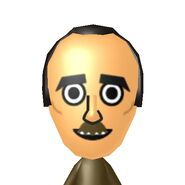 Xue-Ren's mockup by Wii Facts Plus.