Xiuping (pronounced "zi-YOO-ping") is a CPU Mii from Wii Sports Club and Wii Party U. Her Total Skill Level is 21.

In Tennis and Boxing, her skill level is unknown. She can only be seen as a teammate in Baseball, but she is also a coach in Boxing.

In Wii Party U, Xiuping is a Standard Mii. 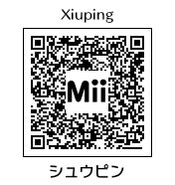 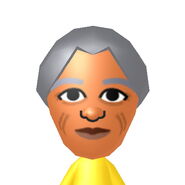 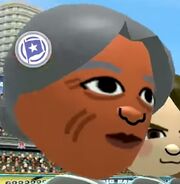 Xiuping, Pedro and Juliette waiting for a Minigame.

All of the CPU Miis in Wii Sports Club.
Add a photo to this gallery
Retrieved from "https://wiisports.fandom.com/wiki/Xiuping?oldid=203127"
Community content is available under CC-BY-SA unless otherwise noted.