Xiaojian is a CPU Mii from Wii Sports Club and Wii Party U. His Total Skill Level is 310.

In Tennis, Baseball, and Boxing, he is a Pro, being at Grade ★10, making him one of the best players of the game.

In Wii Party U, Xiaojian is a Beginner Mii. 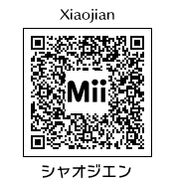 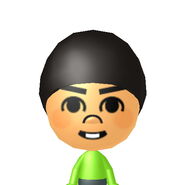 WhoAmI (LilGreenYoshi) against David and Xiaojian.

Xiaojian in Super Smash Bros. for Wii U. 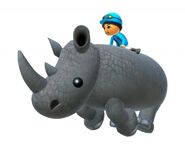 An official Wii Party U artwork.

Xiaojian in Miiverse artwork, first from the right.

Xiaojian on the Wii U Miiverse loading screen, center right. 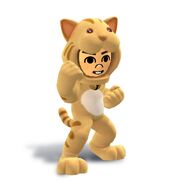 Xiaojian wearing the Cat Suit and Hat in an artwork for Super Smash Bros. for Wii U.

Add a photo to this gallery
Retrieved from "https://wiisports.fandom.com/wiki/Xiaojian?oldid=161159"
Community content is available under CC-BY-SA unless otherwise noted.