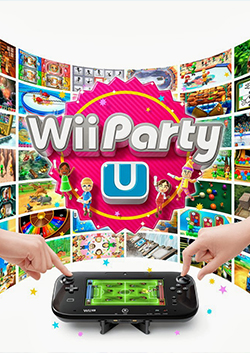 There are two board games in Wii Party U like Board Game Island in Wii Party: Highway Rollers and GamePad Island. Over 80 different new minigames are available. Some modes allow players to play on the Wii U GamePad.

Retrieved from "https://wiisports.fandom.com/wiki/Wii_Party_U?oldid=146589"
Community content is available under CC-BY-SA unless otherwise noted.