In Swordplay, Vincenzo is very bad, being the 12th worst player with a skill level of 176 to 180.

In Cycling, he is not seen as an opponent. Instead, he is your coach, and he gives you advice during the race.

In Wii Party, Vincenzo is in Standard Difficulty. 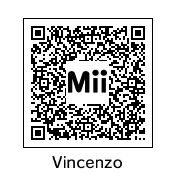 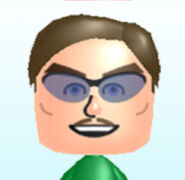 Vincenzo's image in a file in the September 2020 Nintendo leak. 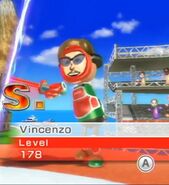 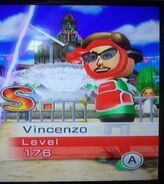 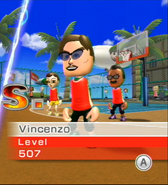 Vincenzo and his teammates Asami and Hiroshi in Basketball. 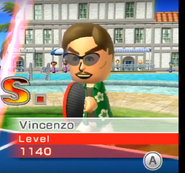 Vincenzo about to play a Table Tennis match.

Vincenzo with Chris and Hiroshi.