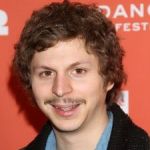 Wii Sports is without a doubt, one of the greatest games to ever grace the Nintendo Wii. A rare gem that we may never experience anything like it again. Keep in mind, I'm saying this will complete sincerity. I might joke around and say meme stuff on the wiki (in the comments only, of course) but I genuinely believe Wii Sports is the best game on the Wii. Its replay value is impeccable, it's overall gameplay is also just so much darn fun. All I need in my life is a sequel to Wii Sports made on the Switch, of course, it would be called something like "Mii Sports" since it's not on the Wii. (I hope a dev of the Wii Sports sequel stumbles across this and finally overcomes their title writers block and finally releases the game)

But yeah anyway, on this wiki I might fix some stuff, whether that's grammar or link fixing.

Retrieved from "https://wiisports.fandom.com/wiki/User:Skyler_and_Jonny_Fan?oldid=147573"
Community content is available under CC-BY-SA unless otherwise noted.