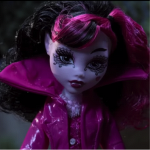 How I Got Into the Series

On Christmas 2010, I got a Wii as one of my presents. It came bundled with New Super Mario Bros. Wii, and of course, Wii Sports. I immediately got addicted to Wii Sports, because I loved playing Baseball with my twin brother.

One day (I believe it was later that day?), I saw my brother playing Baseball in single-player mode. He was facing Elisa, and I immediately liked the idea of the CPU Miis in the game.

Then I bought Wii Sports Resort in February 2011.

I then joined the wiki in February 2012, and made a few edits here and there. Then I noticed in 2014 that there were no active admins, as the 3 admins at the time had all left the wiki. I sent an adoption request, and gained my admin rights on 15 March 2014.

The rest is history.

My Skill Levels (and respective opponents)

Retrieved from "https://wiisports.fandom.com/wiki/User:Qubit2222?oldid=103325"
Community content is available under CC-BY-SA unless otherwise noted.