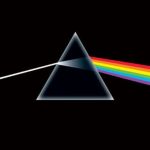 Hi guys! Welcome to my profile! I like Wii Sports, Wii Party, Tomodachi Life, Miitopia, and other Nintendo stuff!

I do ship CPU Miis, some of them are from my Tomodachi Life.

My top 10 favorite miis (Both Wii Sports and Club)

Even though I don’t own a Wii U, I still like some of the WSC Miis.

A: The cutest cutie Rie, the best champion Matt, and the blonde haired gal I love so much Abby!

A: Everything about her is stupid! She has a face so small that I’m gonna need a magnifying glass to see it! She was an annoying Showdown boss and doesn’t deserve to be a boss! She was an annoyance in Baseball, she’s a Master Mii in Wii Party too which makes ABSOLUTELY NO SENSE!!! I wish Nintendo didn’t do the 1-5 pattern on the Miis difficulties. She is also really fat, which is a minus. I hate her so damn much!

A: First of all, I never liked Pablo to begin with, I thought he was annoying and ugly looking. But then I didn’t know what I was in for when I was facing him in Board Game Island... he kept going for 1vs3 mini games and somehow wins in most of them, despite my best attempts, he keeps getting first or second in most of the other Minigames, and worse of all, in one move he rolled a 17 which leads him the final challenge, he avoided the spike ball trap just by pure luck, and finally he managed to get a 6 in the final challenge.......ALL IN ONE F**KING MOVE!!!!! IT WAS SO UNFAIR, SO LUCKY, SO F**KING RIGGED!!!!!! *sigh* I need to calm down here... so yeah, that makes him my least favorite male Wii Sports Mii of all time! I cannot believe Abby plays Basketball with this turd on the run!

A: I really love his videos about Wii Sports, because of his hilarious raging and bad luck in Wii Party. I actually subscribed to him. But I hate his Tomodachi Life videos because the way he makes it sounds like an adult game....never thought I say that. Besides, he never changed my opinions on every Mii he sees.

I also watch NicroVeda, it’s similar to Poofesure, but he’s actually kinda calmer and not so sex-drivin than him.

A: I love them all equally!

A: I hate Steph and Delilah equally

A: Unlike anyone who cannot think of a strategy to beat her, I actually had a lot of fun playing against her in Baseball. Plus, she mostly plays with Miis I love, those being Nick, Miyu, David (Wii), Pierre, Rachel, Ashley, Rin, and Greg. She’s actually a really fun challenge in Wii Party, unlike Pablo, Emily, Takumi, and Daisuke.... I’d love to see her in Black Armor in Swordplay Showdown.

A: A corrupt user named “Cory from wii music”, he was absolutely terrible to this wiki! He would randomly post random pictures of injured and bloodied Miis in random pages. (Like Víctor, Asami, Keiko, Ai, and Nelly for example) He also posted my friend’s artworks for no reason and have no credit whatsoever! The final straw was the Lucía lewd art he posted on Lucía‘s page! (I almost thought of removing my eyes out with a knife!) He also annoyed my friend Dadpleaseno so much on his social media accounts! He also tried to ban me and Dadpleaseno on IAmAwesome2’s page for “bullying”, we we’re just calling his actions out! I hope when he gets unbanned, he’ll learn his lesson! That’s why I hate Cory and why he’s my least favorite Wii Music Mii!

A: That would be the Table Tennis lovers Lucía and Akira (Wii), I love them because of their massive improvement in WSR and Wii Party! Plus, Lucia looks cute and Akira looks cool! And Lucia looks awesome in Black Armor!

A: Shinta and Takumi! Shinta gets loved a lot because of being a Pro in sports and because of his stupid face! Takumi also gets a lot of love because he looks “so handsome!” Swoon all you want ladies, but Takumi is a no-good jerk in Baseball, Showdown Stage 19, and Wii Party!

A: She looks cute, and you cannot deny that! I also love how well balanced her skills are and how she’s a Pro in every sport in WSC, she’s even a Pro class beginner in 2 sports! She’s a way better Pro Class Beginner than that ugly faced David (WSC). My Mii also dates her in Tomodachi Life, and that’s what I’ve always tried to do. She even looks like she’s in my age group.

Retrieved from "https://wiisports.fandom.com/wiki/User:Mrluigiguy67?oldid=180109"
Community content is available under CC-BY-SA unless otherwise noted.