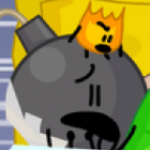 My favorite pages are:

Cole (He sucks at everything but that's what I love about him!)

Yoshi (Shares the name to one of my favorites Nintendo characters!)

Lucía (She's so annoying in table tennis. But her design is cute!)

Hiromasa (He looks so evil it's honestly hilarious!)

Ashley (Nice and easy to look at.)

Barbara (It's kinda a "So ugly she's cute" kinda deal.)

Silke (Mainly because of an inside joke.)

Miguel (I like how he guides you on island flyover.)

Rachel (I know people get turned off by her face, but I think she's really pretty.)

Gabi (Spooks me out a little bit.)

Alisha (It looks like she has been through some things...)

Helen (She looks cool in my opinion.)

Patricia (One of the best looking CPU Miis imo, and my overall favorite WSC Mii.)

Polly (Cool, and great at everything.)

Barbara (Also cool, and great at everything.)

Skip (He's like my arch-nemesis in Wii Party U, but he's cute so I forgive him.)

Donna (She looks cool, but my only complaint is that her eyes are too far apart.)

Massimo (He looks so cool!)

Steph (Wth is that face?)

Juliette (The nose kinda turns me off)

Merrick (Yet again again, his hairstyle.)

Xue-Ren (He looks traumatized. But it's not funny like Chris.)

I will add more Miis later.

Retrieved from "https://wiisports.fandom.com/wiki/User:Explodey_Boi?oldid=109744"
Community content is available under CC-BY-SA unless otherwise noted.