In Swordplay, Ursula is very good, with a skill level of 911 to 915. You can fight against her at dusk. However, she can be played against in the daytime after beating the Champion Matt. She is the first player in the 900s.

In Basketball, she is an early Pro with a skill level is 1031 to 1035. She plays with Gabriele and Stéphanie.

In Wii Party, Ursula is in Advanced Difficulty. 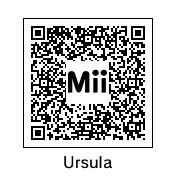 QR Code for Ursula, as seen in the portrait. 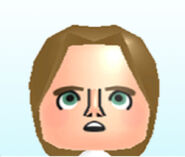 Ursula's image in a file in the September 2020 Nintendo leak.

All red armor enemies in Stage 6. 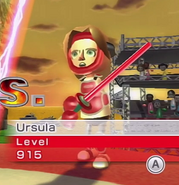 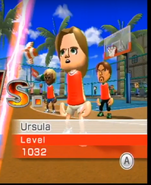 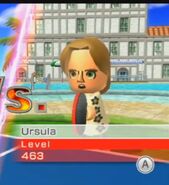 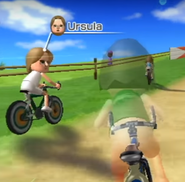 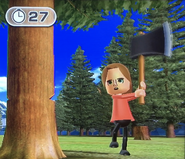 Ursula with Shohei, Hiromi, and Kathrin in Chin-Up Champs.

Ursula in artwork for Wii Party.

Ursula in Super Smash Bros. for Wii U with Tomoko, Silke, Steve, Tyrone, and Matt.
Community content is available under CC-BY-SA unless otherwise noted.
Advertisement