In Basketball, she is very good, with her level being 881 to 885. Her teammates are Shinnosuke and Saburo.

In Wii Party, Siobhán is in Standard Difficulty.

(The English side for her Korean name is the same as another Mii.) 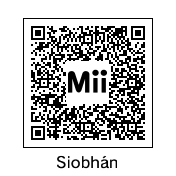 Siobhán's QR Code, as seen in the portrait. 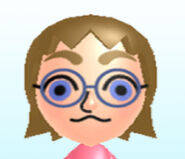 Siobhán's image in a file in the September 2020 Nintendo leak.

Siobhán as a rival in Swordplay Showdown. 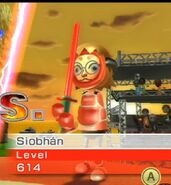 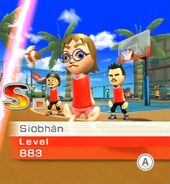 Siobhán and her teammates Shinnosuke and Saburo in Basketball.

Siobhán about to play a Table Tennis Match. 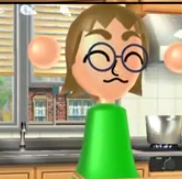