In Tennis, Silke is pretty good at a skill level of 710 to 740, and she plays with Kentaro or Jessie.

She is very bad at Baseball, being the 9th worst player with a skill level of 151 to 342. Her team consists of Jessie, Abby, Kentaro, Matt, Akira, Luca, Emma, and Elisa. As well as playing on the first 9 teams, she also plays on teams led by Misaki, Fumiko, Martin, Chris, Oscar, Mike, Jake, and James.

She makes a huge improvement in Basketball, being a Pro at a skill of 1211 to 1215. She plays with Hayley and Patrick.

In Wii Party, Silke is in Expert Difficulty. 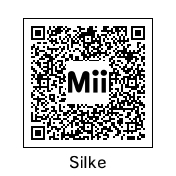 Silke's QR Code, as seen in the portrait. 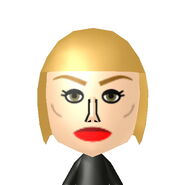 Silke's image in a file in the September 2020 Nintendo leak. 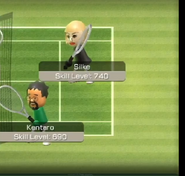 Silke doubling up with Kentaro in Wii Sports Tennis. 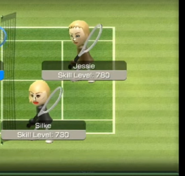 Silke doubling up with Jessie in Tennis 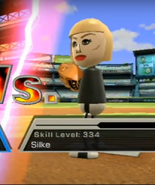 Silke and Jessie beside each other. 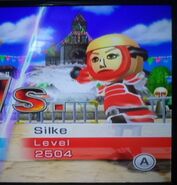 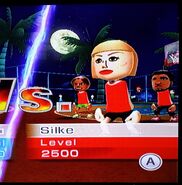 Silke and her teammates Hayley and Patrick in Basketball. 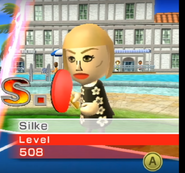 Silke about to play a Table Tennis Match.

Silke in Super Smash Bros. for Wii U with Ursula, Tomoko, Steve, Tyrone, and Matt.

Silke with Midori in Wii Party.