Not to be confused with Shohei.

Sho is a CPU Mii from Wii Sports Club and Wii Party U. His Total Skill Level is 21, tied with every other Standard Baseball teammate.

He only competes as a Baseball teammate and appears as a Spectator in Tennis and a Coach in Boxing.

In Wii Party U, Sho is in Standard Difficulty. 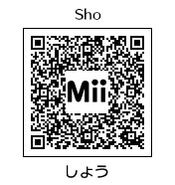 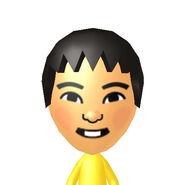 Sho in a SSB4 video.

From the same video. 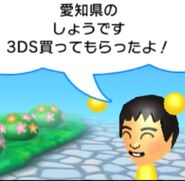 Sho in the Japanese StreetPass promotional video, as mentioned in the trivia. 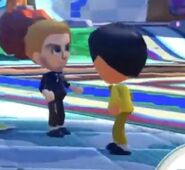 Sho and Matt talking to eachother in Nintendo Land.