Se-young is a CPU Mii in Wii Sports Club and Wii Party U. Her Total Skill Level is 38.

In both Tennis and Baseball, she is good at Grade 5. In Boxing, she is above average at Grade 8.

In Wii Party U, Se-young is a Standard Mii. 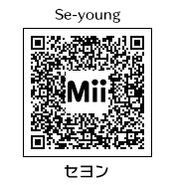 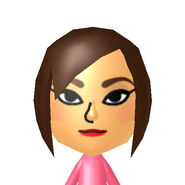 Se-young and Joana about to play Tennis.

Add a photo to this gallery
Retrieved from "https://wiisports.fandom.com/wiki/Se-young?oldid=200378"
Community content is available under CC-BY-SA unless otherwise noted.