In Basketball, she is also decent at a skill level of 551 to 555. Her team consists Tomoko and Ryan.

In Wii Party, Sandra is in Expert Difficulty. 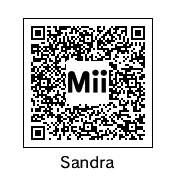 QR Code for Sandra, as seen in the portrait. 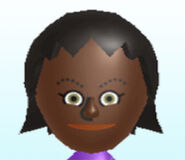 Sandra's image in a file in the September 2020 Nintendo leak. 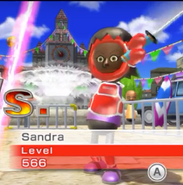 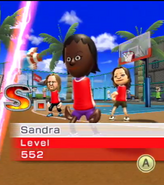 Sandra and her teammates Ryan and Tomoko in Basketball. 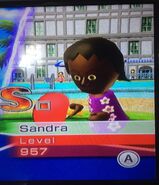 Sandra about to play a Table Tennis match. 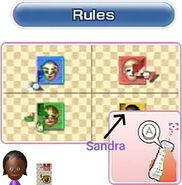 Proof that Sandra appears in the Friendly Face-Off rules.
Community content is available under CC-BY-SA unless otherwise noted.
Advertisement