Saburo is a PRO at every sport in Wii Sports.

In Tennis, Saburo is a high Pro with a skill level of 1700, being the 7th best player, and will play with either Theo or Tyrone.

In Baseball, his team consists of Theo, Shouta, Víctor, Eva, Jackie, Michael, Keiko, and Kathrin. He is usually a Pro at 901 to 1113 in skill, the 15th best. Saburo plays on the Baseball teams of Sarah, Emily, Rin, Hiroshi, Shinnosuke, Takumi, Pierre, and Steve.

In Basketball, he is also very good and his team consists of Maria and Siobhán. His skill is 896 to 900.

In Wii Party, Saburo is in Beginner Difficulty. 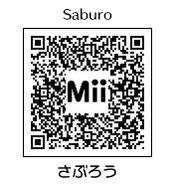 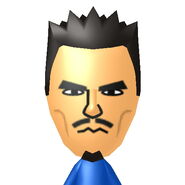 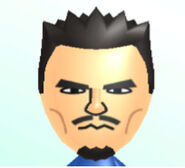 Saburo's image in a file in the September 2020 Nintendo leak. Note the different beard shape/style that is not normally available to be selected on the Mii Channel. 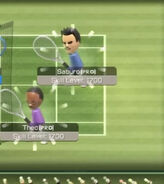 Saburo doubling up with Theo in Wii Sports Tennis. 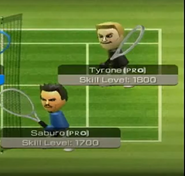 Saburo doubling up with Tyrone in Wii Sports Tennis. 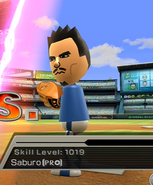 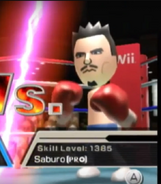 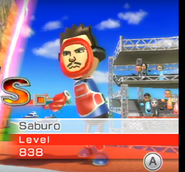 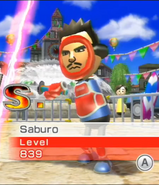 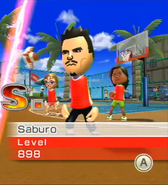 Saburo and his teammates Maria and Siobhán in Basketball. 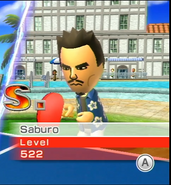 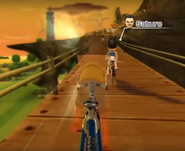 Saburo as a rival in Swordplay Showdown.

Saburo on the Wii Sports Cover.

A Wii Music artwork of Saburo.

Saburo in another artwork for Wii Party. 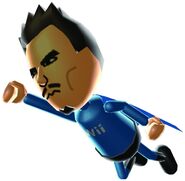 A Wii Party artwork of Saburo.