He is pretty good at Baseball, with a skill level of 681 to 881. He has a team consisting of Steph, Tatsuaki, Andy, Tyrone, Yoko, Ai, Alex, and Daisuke. Ryan plays on the Baseball teams of Hayley, Julie, Kathrin, Keiko, Michael, Jackie, Eva, and Víctor.

In Swordplay Duel and Speed Slice, he is the first CPU Mii you face, with a level of a lowly 11 to 15. Note: In Speed Slice, Matt is usually the referee, but when you face Matt himself, Ryan is the referee instead. Because of his low skill, he is the Mii that is faced in the tutorials for all Swordplay modes, including Showdown.

In Basketball, his level is 536 to 540, and he is somewhat good. His teammates are Hiroshi and Sandra.

In Wii Party, Ryan is in Advanced Difficulty. 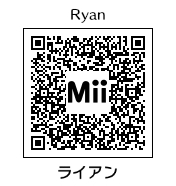 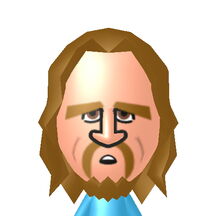 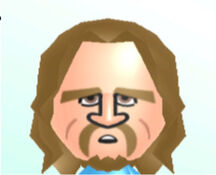 Ryan's image in a file in the September 2020 Nintendo leak. Note the different beard style/shape that is not normally available to select in the Mii Channel. 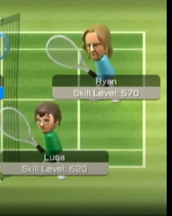 Ryan doubling up with Luca in Wii Sports Tennis. 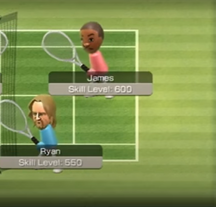 Ryan doubling up with James in Wii Sports Tennis. 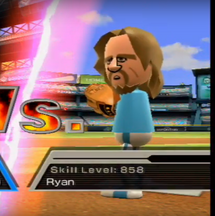 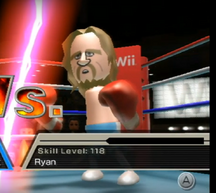 Ryan as the first opponent in Boxing.

Ryan as a rival in Swordplay Showdown. 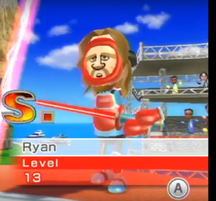 Ryan as the first opponent in Swordplay Duel. 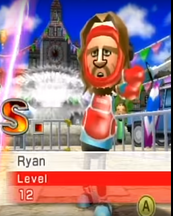 Ryan as the first opponent in Speed Slice. 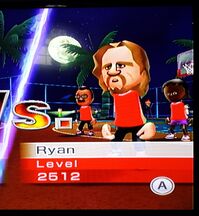 Ryan and his teammates Hiroshi and Sandra in Basketball. 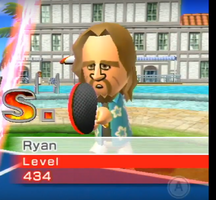 Ryan about to play a Table Tennis match. 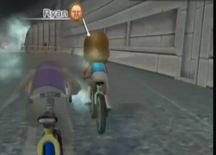 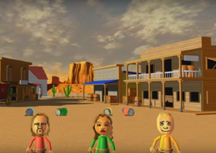 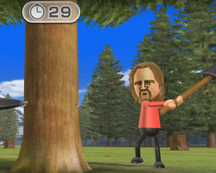 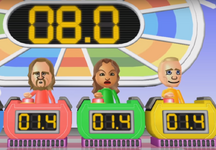 Ryan show as a zombie. 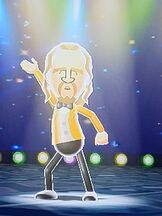 Ryan in a tuxedo

Ryan in a Wii Music artwork.

Ryan and Elisa in a Wii Party artwork.
Community content is available under CC-BY-SA unless otherwise noted.
Advertisement