Ricardo is a CPU Mii from Wii Sports Club and Wii Party U. His Total Skill Level is 217. He is ranked #22 in rankings.

He is one of the best players in Tennis and Baseball. He is at level ★9 in these games. He is often playing with Claudia or David in Tennis. In Boxing, he is decent at level 7.

In Wii Party U, Ricardo is an Advanced Mii. 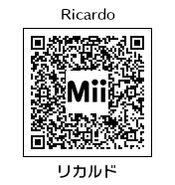 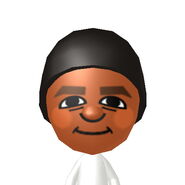 Ricardo as a swimming referee.

All of the CPU Miis in Wii Sports Club.
Add a photo to this gallery
Retrieved from "https://wiisports.fandom.com/wiki/Ricardo?oldid=203036"
Community content is available under CC-BY-SA unless otherwise noted.