Pit is a CPU Mii from Wii Sports Club and Wii Party U. His Total Skill Level is 112. He is ranked #43 in rankings, tied with Maria.

In Tennis, Pit is the worst player at Grade 1 who plays you on the first round with Olga. In Baseball, he is once again the worst player also being at Grade 1. In Boxing, he is the Champion player, who shares a close move set to Gerald's. He also has a unique pair of black gloves with a shark/dinosaur mouth on them, and the player can use these after they beat Pit by holding the 1 button during the loading screen.

In Wii Party U, Pit is in Beginner Difficulty. 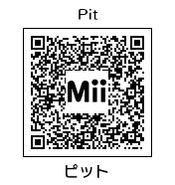 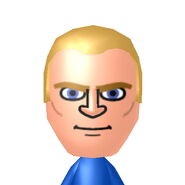 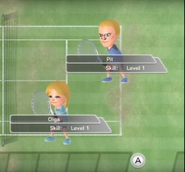 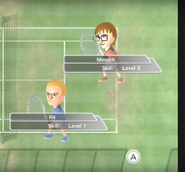 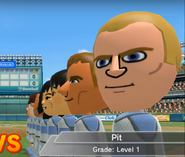 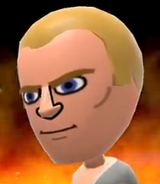 Pit on the intro screen in boxing. 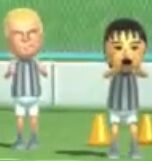 Pit as a chef.

Pit (with a cleft chin) in a Mario Kart 8 trailer.

Pit and friends on a Miiverse poster.

Pit, Araceli, Erick and Giulia in a promotional art for the Set a Mii feature.

All of the CPU Miis in Wii Sports Club.
Add a photo to this gallery
Retrieved from "https://wiisports.fandom.com/wiki/Pit?oldid=219663"
Community content is available under CC-BY-SA unless otherwise noted.