Nintendo Land is a launch game for the Wii U. Described as a "virtual theme park", the game features twelve amusement park-style mini-games, each based on a different Nintendo franchise. The game's focus is to introduce players to the different types of experiences and concepts possible with the Wii U GamePad. Many games are multiplayer, and are built around asymmetrical gameplay where the player with the GamePad has a different experience than those playing with Wii Remotes. The host and tutorial character for the game is Monita, a robot with female programming.

The game is played with Mii characters. In official artwork and screenshots appear recurring Wii-U-era Miis (from Wii Sports Club and the like). 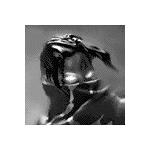