If you're looking for his Wii Music counterpart, go to Cory.

In Baseball, he is the second-best opponent, with a skill level between 1166 and 1348, making him the best male. His team consists of Miyu, David, Maria, Helen, Steve, Pierre, Takumi, and Shinnosuke. Nick plays on the team of the Champion, Sakura.

In Wii Sports Resort, his skills appear to drop, being below 500 in all sports.

In Basketball, Nick is the sixth-worst player with a skill level of 86 to 90. His team players are Megan and Cole.

In Wii Party, Nick is in Standard Difficulty. 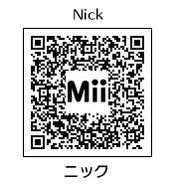 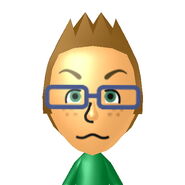 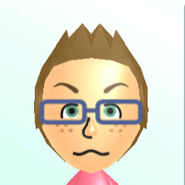 Nick's image in a file in the September 2020 Nintendo leak. 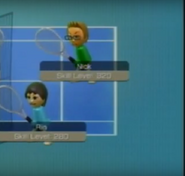 Nick doubling up with Rin in Tennis.

Nick doubling up with Yoshi in Tennis. 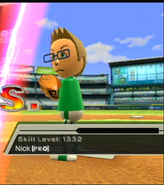 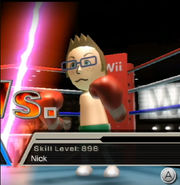 Nick getting knocked-out in Boxing.

Nick as a rival in Swordplay Showdown. 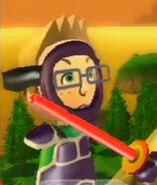 Another photo of Nick as a rival in Swordplay Showdown. 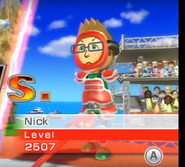 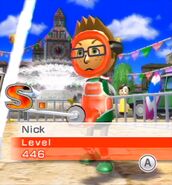 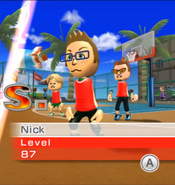 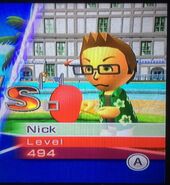 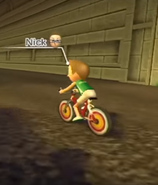 Nick with other Miis in Commuter Count.

Nick in a leaked design document for Skydiving. 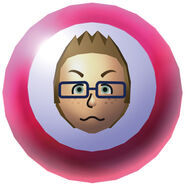 All of the Standard Miis in Wii Party.
Community content is available under CC-BY-SA unless otherwise noted.
Advertisement