Mizuho (pronounced "mee-zoo-HOH") is a CPU Mii from Wii Sports Club and Wii Party U. Her Total Skill Level is 245. She is ranked #15 in rankings.

In Wii Party U, Mizuho is an Expert Mii. 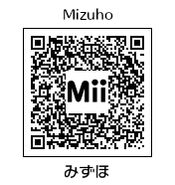 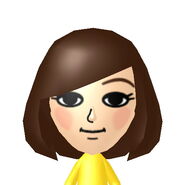 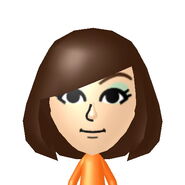 A portrait of the Mii similar to Mizuho in the Tomodachi Life Website. 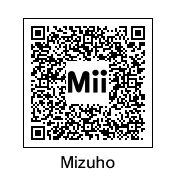 A QR code of the Mii similar to Mizuho from the Tomodachi Life Website.

Mizuho in an official artwork. 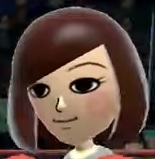 WhoAmI (LilGreenYoshi) against Mizuho and Barry. 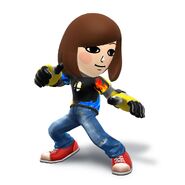 Mizuho wearing the SSB T-shirt in an artwork for Super Smash Bros. for Wii U. 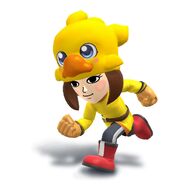 Mizuho wearing the Chocobo Hat in an artwork for Super Smash Bros. for Wii U.

Mizuho with Xixi and Skip.

Add a photo to this gallery
Retrieved from "https://wiisports.fandom.com/wiki/Mizuho?oldid=203103"
Community content is available under CC-BY-SA unless otherwise noted.