Miguel is the guide of Island Flyover, and if you follow him for 3 minutes you will get the Follow That Plane Stamp.

In Swordplay, he is almost a pro at level 941 to 945, and you fight against him in the evening. He can be played against in the daytime after beating Matt, the Swordplay Champion. He also wears Obese Black Armor as the Boss of Stage 3 in Swordplay Showdown. He shares a moveset to a brown armored enemy in a few reverse stages. He does not block and holds his sword near his legs.

He is the Beginner in Basketball, and he appears in the tutorial. His team consists of Anna and Takashi. His level is 11 to 15 and is the first team you play against.

In Wii Party, Miguel is in Beginner Difficulty.

Miguel is one of 15 original Wii CPUs whose name is used for a Sportsmate in the reveal trailer for Nintendo Switch Sports. In comparison to the Mii, the Sportsmate retains his dark skin, but his hair is now an afro-textured hairstyle colored auburn, with the title Distant applied to him. 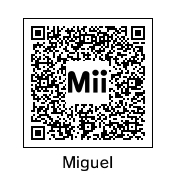 QR Code for Miguel, as seen in the portrait. 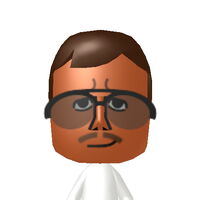 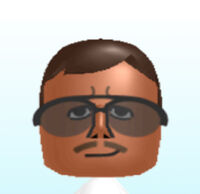 Miguel's image in a file in the September 2020 Nintendo leak. 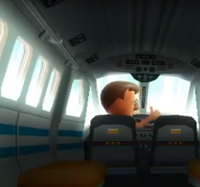 Miguel seen in Skydiving, giving a thumbs up.

Miguel as the boss of Stage 3 in Swordplay Showdown. 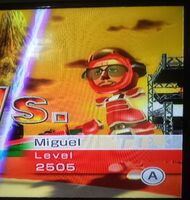 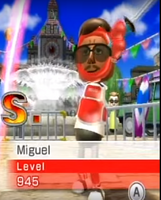 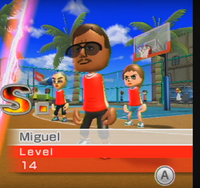 Miguel and his teammates Anna and Takashi as the first team in Basketball. 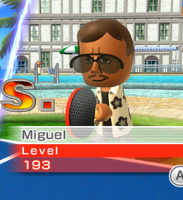 Miguel about to play a Table Tennis match.