Midori (pronounced "MEE-DO-REE") is a CPU Mii from Wii Sports Resort and Wii Party. She is ranked #27 out of the Wii Sports Resort CPUs, by overall skill level. Her Total Skill Level is 4453 and she is tied with Nelly.

In both Basketball and Swordplay, Midori is a High Pro, being the 17th best player with a skill level of 1256 to 1260. She has a basketball team consisting of Yoshi and David.

However, she's not good in Table Tennis, being the 12th worst player with a skill level of only 176 to 180.

In Wii Party, Midori is in Expert Difficulty. 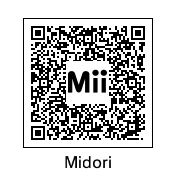 QR Code for Midori, as seen in the portrait. 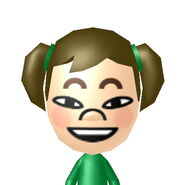 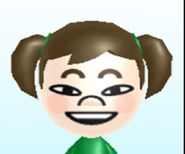 Midori's image in a file in the September 2020 Nintendo leak.

Midori as a rival at Swordplay Showdown. 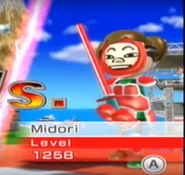 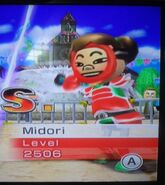 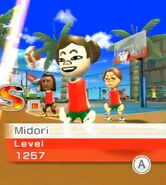 Midori and her teammates, David and Yoshi in Basketball. 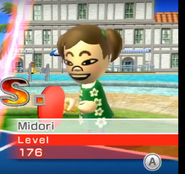 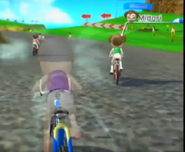 Midori in her swimsuit