If you're looking for the Mii from Wii Music with the same name, go to Mia (Wii Music).

In Basketball, she does poorly, being the 15th worst player with a skill level of 221 to 225. She has Gabi and Víctor on her team.

In Wii Party, Mia is in Beginner Difficulty. 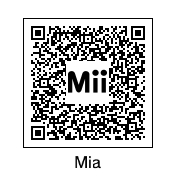 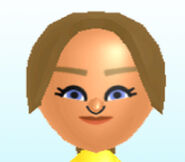 Mia's image in a file in the September 2020 Nintendo leak. 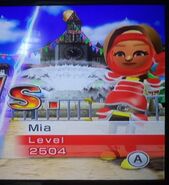 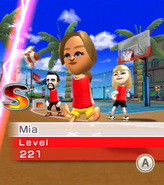 Mia and her teammates Víctor and Gabi in Basketball. 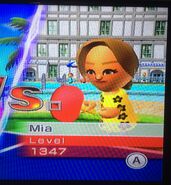 Mia about to play a Table Tennis match. 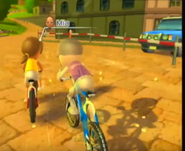 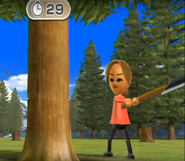