Mia is a Mii from Wii Music. She appears in 2 preloaded songs. She plays in Cory Plus Four! and Mia Deluxe Six. 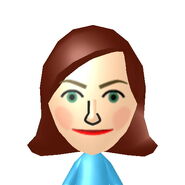 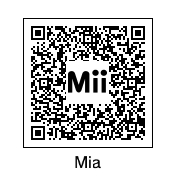 Mia as Emma, with beta versions of John, Naz, and Marsha.

Mia as Emma in the Custom Jam menu.

Mia in a promotion for Wii Music (as Emma).