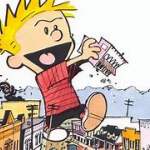 Hello! I'm Garfield, sometimes known as Garf or Garfy. Welcome to my page!

I began hanging around Fandom on-and-off in February 2016, mainly around Flipline Studios Wiki. It wasn't until late 2018 when I started becoming more actvie around Fandom as a whole. I rarely go to FS Wiki anymore.

I'm an admin on a number of wikis, most notably on SML Wiki, Cut The Rope Wiki, Numberlemon Wiki, and Switch Sports Wiki, as well as a Content/Discussions moderator on Wii Sports Wiki. You can find me on any of them, but I also roam around lots of wikis throughout Fandom, sometimes editing, sometimes fixing vandalism, so I should be around almost anywhere. However, if you have issues with vandalism, please report them to SOAP, as I cannot directly assist with that.

Otherwise, I'm always around to assist anyone whenever I can, so feel free to message me. I love making friends and assisting, so don't be shy!
Feel free to also leave me some lasagna if you'd like xD

Thanks for stopping by. Peace Out! ✌