Massimo (pronounced "MAS-see-mo") is a CPU Mii in Wii Sports Club and Wii Party U. His Total Skill Level is 290. He is ranked #5 in rankings.

In both Tennis and Baseball, he is a top Pro at Grade ★10.

In Boxing, he is also a really good Pro at Grade ★6.

In Wii Party U, Massimo is in Advanced Difficulty. 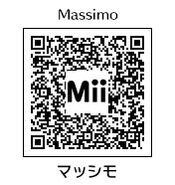 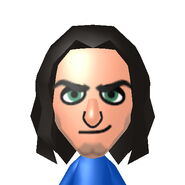 WhoAmI (LilGreenYoshi) against Massimo and David.

Massimo in Wii Party U. 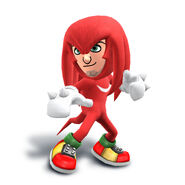 Massimo as Knuckles in an artwork for SSB4. 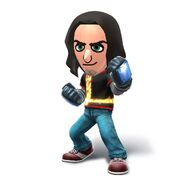 Massimo in an artwork for SSB4.

Massimo with Xiao-Tong and Laura.

Massimo in the Flight.

Massimo in his swimsuit.

Massimo and Friends in SSB4.

Massimo as a cowboy. 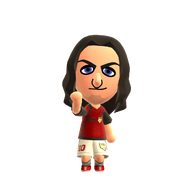 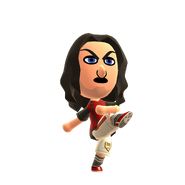 Another official Miitomo artwork of Massimo.

Massimo having his face returned amongst various other Mii characters near the end of Miitopia.

Massimo in Baseball.
Add a photo to this gallery
Retrieved from "https://wiisports.fandom.com/wiki/Massimo?oldid=226137"
Community content is available under CC-BY-SA unless otherwise noted.