Martin is a CPU Mii from Wii Sports, Wii Sports Resort, and Wii Party. He is ranked #98 out of the Wii Sports Resort CPUs by overall skill level, with Cole and Megan being the only Miis worse than him. His Total Skill Level is 3948.5.

Martin is one of the worst Miis showing very low scores in sports.

In Baseball, he is not very good, with a skill level of 227 to 404. His baseball team consists of Fumiko, Misaki, Silke, Jessie, Abby, Kentaro, Matt, and Akira. He plays on the Baseball teams of Chris, Oscar, Mike, Jake, James, Marco, Anna, and Yoshi.

In Swordplay he is terrible, being the 6th worst player with a level of only 86 to 90.

In Basketball he is pretty bad, being the 12th worst player with a level of 176 to 180. He plays with Hiromi and Jackie.

He does great in Cycling, however, being a high Pro, coming in 10th out of 98.

In Wii Party, Martin is in Expert Difficulty. 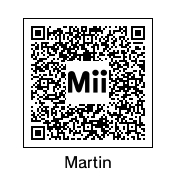 Martin's QR Code, as seen in the portrait. 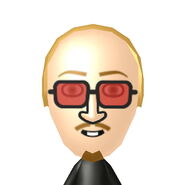 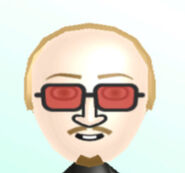 Martin's image in a file in the September 2020 Nintendo leak.

Martin doubling up with Alex in Wii Sports Tennis. 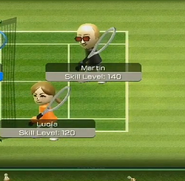 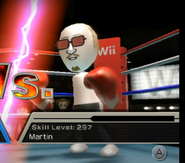 Martin as a rival in Swordplay Showdown. 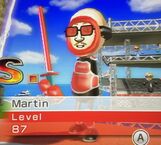 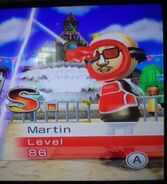 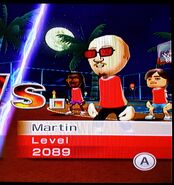 Martin and his teammates Hiromi and Jackie in Basketball. 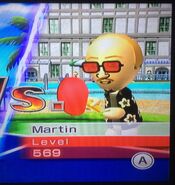 Martin about to play a Table Tennis match. 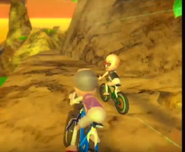 Martin in an official artwork of Wii Music.
Community content is available under CC-BY-SA unless otherwise noted.
Advertisement