Mark is a CPU Mii in Wii Sports Club and Wii Party U. His Total Skill Level is 320. He is ranked #2 in rankings, with Maximilian being the only Mii better than him.

In Tennis, Boxing and Baseball, he is a top Pro at Grade ★10.

In Wii Party U, Mark is in Standard Difficulty. 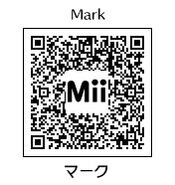 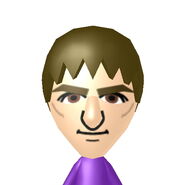 Mark and friends on a Miiverse poster.

LilGreenYoshi against Mark and Elena.

Mark in Metroid Black with Marie and Akira. 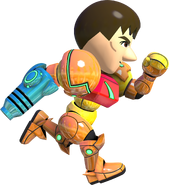 Mark as a swimming referee.

Mark as a chef.

Mark as the Mii in the center in Snap Judgement.

Mark with Rui-Lin and Joseph.

Mark and friends in MyNintendo.
Add a photo to this gallery
Retrieved from "https://wiisports.fandom.com/wiki/Mark?oldid=226083"
Community content is available under CC-BY-SA unless otherwise noted.