Not to be confused with Maria (Wii) or Maria (Wii U/3DS).

Marie is a CPU Mii from Wii Sports Club and Wii Party U. Her Total Skill Level is 42.

In Tennis, Marie is at Grade 1. She can be the player's partner if the player starts at the net on the front team (left side before starting the match).

She only competes in Baseball as a teammate.

She does not compete in Boxing, though she does work as a coach.

In Wii Party U, Marie is in Expert Difficulty. 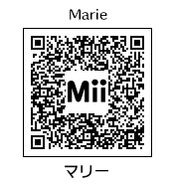 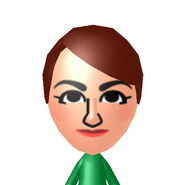 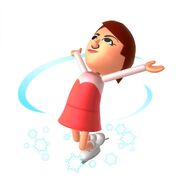 Marie in a Wii Party U artwork.

Marie with Bruce in Miitopia.

Marie with Mark and Akira.

Marie as a swimming referee.

Marie with Paula and Léonie.

Marie and Xixi in The Balldozer.

Marie amongst other Mii characters in a Super Nintendo World attraction.