In Tennis, Luca is alright at around 510 to 540 in skill and usually plays with Akira or Ryan.

In Baseball, he is terrible, being the 3rd worst player with a skill level of only 76 to 215. His team consists of Emma, Elisa, Akira, Matt, Kentaro, Abby, Jessie, and Silke. He plays on the 9 starter teams, along with the teams of Misaki and Fumiko.

Luca is pretty good at Basketball. His level is 716 to 720, with Kathrin and Chris on his team.

He is fairly decent at Cycling, coming in 56th out of 98.

In Wii Party, Luca is in Standard Difficulty.

(His Japanese and Korean names are similar to each other, but the difference is that his Japanese name has an accent above the U.) 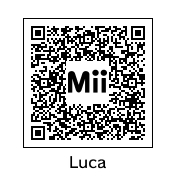 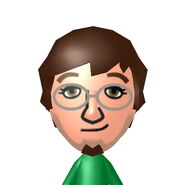 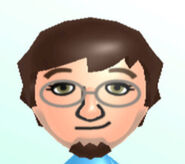 Luca's image in a file in the September 2020 Nintendo leak. Notice the different favorite color and the different beard shape/style that is not normally available to be selected on the Mii Channel.

Luca doubling up with Ryan in Tennis. 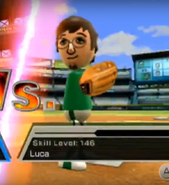 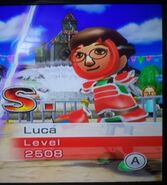 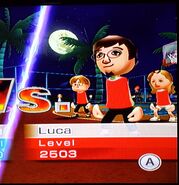 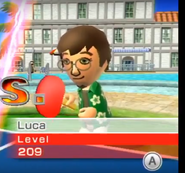 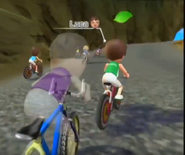 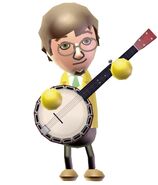 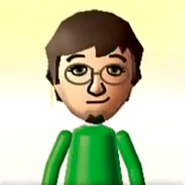