Laura is a CPU Mii from Wii Sports Club and Wii Party U. Her Total Skill Level is 60. She is ranked #54 in rankings, tied with Eduardo.

In Wii Party U, Laura is an Advanced Mii. 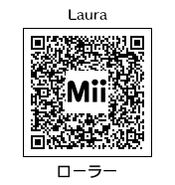 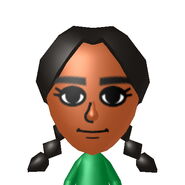 Laura and John about to play Tennis.

Laura in Miiverse artwork, second from the left.

Laura on the Wii U Miiverse loading screen, upper left.

Laura in an artwork. 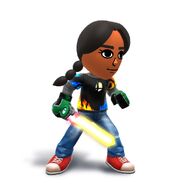 Laura in an artwork for Super Smash Bros 4.

Laura with Massimo and Xiao-Tong.

Laura with Jialan and Marius.

Laura with Erick and Merrick.

Laura in the opening scene in Miitopia.
Add a photo to this gallery
Retrieved from "https://wiisports.fandom.com/wiki/Laura?oldid=203027"
Community content is available under CC-BY-SA unless otherwise noted.