Not to be confused with Leonel.

Léonie (Pronounced "lay-OH-nee") is a CPU Mii from Wii Sports Club and Wii Party U. Her Total Skill Level is 240. She is ranked #17 in rankings.

In Tennis and Baseball, she is a top Pro, being one of the best players at Grade ★10. She doesn't compete in Boxing, but only appears as a coach.

In Wii Party U, Léonie is in Expert Difficulty. 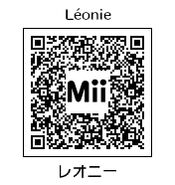 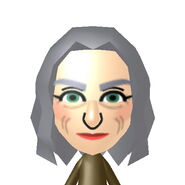 Léonie on the Waiting Lobby in Mario Kart 8 Deluxe.

An official artwork of Léonie.

Léonie in a Mario Kart 8 trailer.

Léonie with Frank in Miitopia.

Léonie with Giulia and Claudia inWii Party U.

Léonie as a swimming referee.

Léonie in her swimsuit.

All of the CPU Miis in Wii Sports Club.
Add a photo to this gallery
Retrieved from "https://wiisports.fandom.com/wiki/Léonie?oldid=221693"
Community content is available under CC-BY-SA unless otherwise noted.