If you're looking for the Mii from the Wii U with the same name, go to Kentaro (Wii U/3DS).

In Baseball, he is terrible, being the 6th worst player with a skill level of 113 to 276. He has a team of Matt, Akira, Luca, Emma, Elisa, Abby, Jessie, and Silke. As well as playing on the first 9 teams, he also appears on the teams of Misaki, Fumiko, Martin, Chris, and Oscar.

In Boxing, he is also terrible, being the 3rd worst player at a skill level of only 54 to 224.

He is bad at Basketball, being the 8th worst player at a skill level of only 116 to 120. His team consists of Cole and Eddy.

He's terrible at Cycling, being the 5th worst player coming in 94th out of 98.

In Wii Party, Kentaro is in Expert Difficulty. 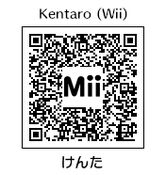 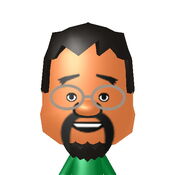 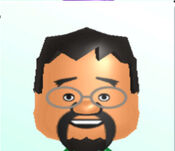 Kentaro's image in a file in the September 2020 Nintendo leak. 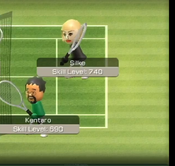 Kentaro doubling up with Silke in Wii Sports Tennis. 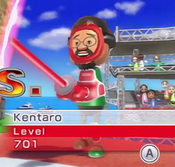 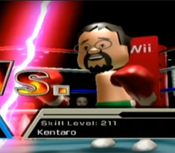 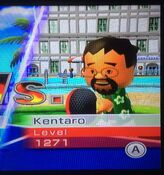 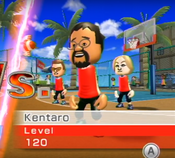 Kentaro and his teammates Cole and Eddy in Basketball. 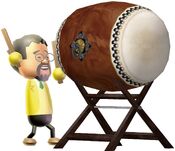