Kazuhiko (pronounced "KAH-ZOO-HEE-KO" or "KAH-DZOO-HEE-KO") is a CPU Mii from Wii Sports Club and Wii Party U. His Total Skill Level is 21, tied with every other Standard Baseball Teammate.

In Wii Party U, Kazuhiko is in Standard Difficulty. 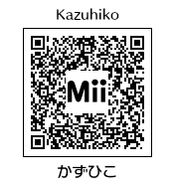 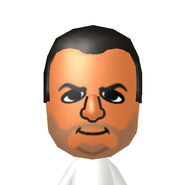 Kazuhiko's name misspelled in earlier US and EU versions of Wii Sports Club.

Kazuhiko in Baseball (With correct spelling of his name).

Kazuhiko with Kaori in Miitopia.

Kazuhiko in Wii Party U. 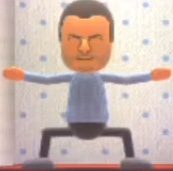 Kazuhiko amongst other Mii characters in a Super Nintendo World attraction. 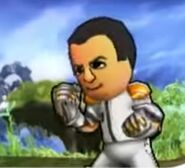