Not to be confused with Julie.

Juliette is a CPU Mii from Wii Sports Club and Wii Party U. Her Total Skill Level is 21.

She is a Baseball teammate and doesn't compete in neither Tennis nor does she play Boxing.

In Wii Party U, Juliette is a Standard Mii. 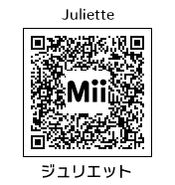 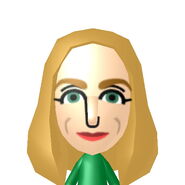 Juliette (green player) in a Wii Party U artwork with Barry.

Juliette and friends on a Miiverse poster.

Juliette, Pedro and Xiuping waiting for a Minigame.

Juliette as a swimming referee.

Juliette with Victor and Bowen. 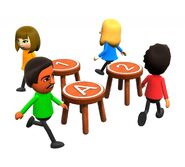 Juliette in another Wii Party U artwork with Daisuke, Steven, and Millie.

All of the CPU Miis in Wii Sports Club.
Add a photo to this gallery
Retrieved from "https://wiisports.fandom.com/wiki/Juliette?oldid=203084"
Community content is available under CC-BY-SA unless otherwise noted.