Not to be confused with Juliette.

In Baseball, her skill level is 725 to 912. Her team consists of Hayley, Ryan, Steph, Tatsuaki, Andy, Tyrone, Yoko, and Ai. Julie plays on the teams of Kathrin, Keiko, Michael, Jackie, Eva, Víctor, Shouta, and Theo.

In Wii Sports Resort, Julie starts to improve a little.

In Basketball, however, she does quite poorly, with a skill level of 296 to 300. She has a team of Yoko and Steph. She is the last player in the 200s.

In Wii Party, Julie is in Beginner Difficulty. 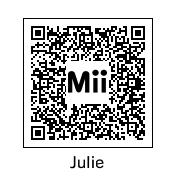 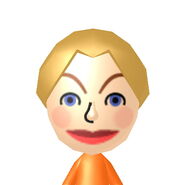 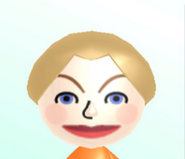 Julie's image in a file in the September 2020 Nintendo leak. 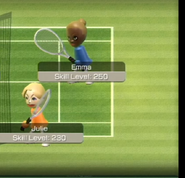 Julie doubling up with Emma in Wii Sports Tennis. 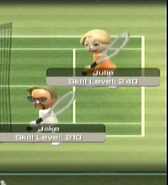 Julie doubling up with Jake in Wii Sports Tennis. 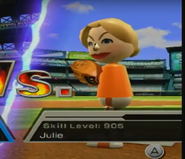 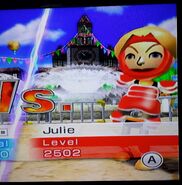 Another photo of Julie as a rival in Swordplay Showdown.

Julie as a rival at Swordplay Showdown. 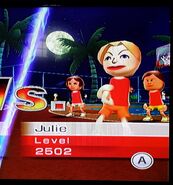 Julie and her teammates Steph and Yoko in Basketball. 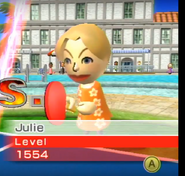 Julie about to play a Table Tennis match. 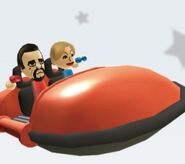