Not to be confused with José

Joseph is a CPU Mii from Wii Sports Club and Wii Party U. His Total Skill Level is 21.

He is a Baseball teammate. He doesn't play Tennis or Boxing.

In Wii Party U, Joseph is a Standard Mii. 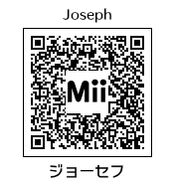 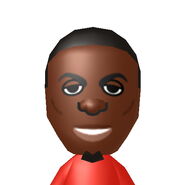 Joseph on the Waiting Lobby in Mario Kart 8 Deluxe.

Joseph in Wii Party U.

Joseph is the 2nd one to the right 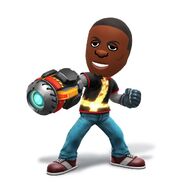 Joseph wearing the SSB T-shirt in an artwork for Super Smash Bros for Wii U.

Joseph with Rui-Lin and Mark.

Joseph and Friends in SSB4.

Joseph as a Photographer 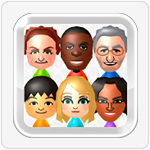 Joseph and other miis that almost resemble Monica, Bernd, Zi-kai, Olga, and Patricia on a Wii u Mii maker icon
Add a photo to this gallery
Retrieved from "https://wiisports.fandom.com/wiki/Joseph?oldid=177395"
Community content is available under CC-BY-SA unless otherwise noted.