If you're looking for the Mii from the Wii U with the same name, go to John (Wii U/3DS).

If you are looking for his Wii Sports counterpart, go to Ryan.

John is a Mii from Wii Music. He appears in 3 preloaded songs. He plays in Cory Plus Four!, The Ross Quintet, and Mia Deluxe Six. 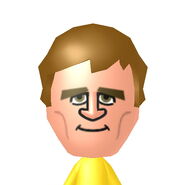 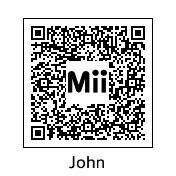 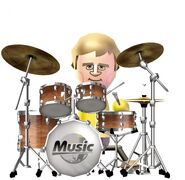 John with beta versions of Naz and Marsha, and Mia as Emma in an unused song cover.

John with Naz and a beta version of Donna and Marsha.

John on the Japanese website in the audience of Buddy Quiz as a 2D sprite. Look to the left.
Community content is available under CC-BY-SA unless otherwise noted.
Advertisement