Not to be confused with Joana.

João (pronounced "ZHWOW" or "zhoo-OW") is a CPU Mii in Wii Sports Club and Wii Party U. His Total Skill Level is 31, tied with every other Advanced Baseball teammate.

In Wii Party U, João is in Advanced Difficulty.

(His Japanese name is similar to his English name but without an accent.) 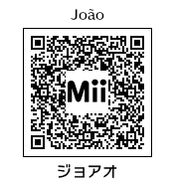 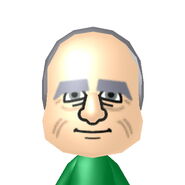 João is in the back of this official artwork.

Merrick with Erick and João.

João as a soccer/football trainer.

João as he appears on Wii Party U's logo.

João having his face returned amongst various other Mii characters near the end of Miitopia.