Not to be confused with Jialan.

Jianjun (Pronounced "jee-AN-joon") is a CPU Mii from Wii Sports Club and Wii Party U. His Total Skill Level is 156. He is ranked #31 in rankings.

In Tennis and Baseball, he is not too great at Level 3.

In Boxing, his Grade is ★10 and he is one of the best players.

In Wii Party U, Jianjun is in Master Difficulty. 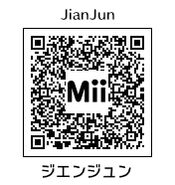 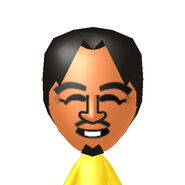 Jianjun with Yuehua in Miitopia.

Jianjun with Na-rae and Yuya. 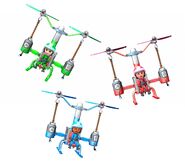 Jianjun (bottom) is Blue in a Wii Party U artwork.

Jianjun with Susie and William

Jianjun showing his eye color (it's gray, as said in the trivia).

Jianjun with his eyes open again.

A surprised Jianjun.
Add a photo to this gallery
Retrieved from "https://wiisports.fandom.com/wiki/Jianjun?oldid=222399"
Community content is available under CC-BY-SA unless otherwise noted.