In Baseball, he does average and is at 300 to 486 in skill level. His team consists of Mike, Oscar, Chris, Martin, Fumiko, Misaki, Silke, and Jessie. Jake plays on the teams of James, Marco, Anna, Yoshi, Ren, Lucía, Rachel, and Ashley.

In Wii Party, Jake is in Expert Difficulty. 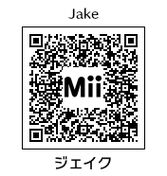 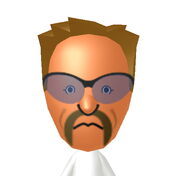 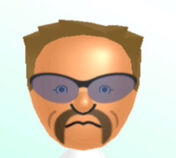 Jake's image in a file in the September 2020 Nintendo leak. 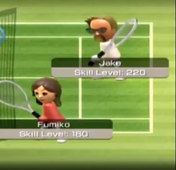 Jake teaming with Fumiko in Tennis. 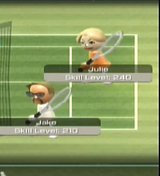 Jake doubling up with Julie in Wii Sports Tennis. 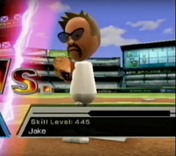 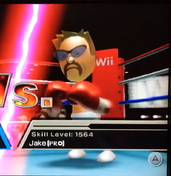 Jake as a rival in Swordplay Showdown. 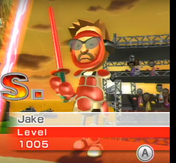 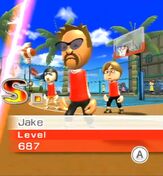 Jake and his teammates Marisa and Chris in Basketball. 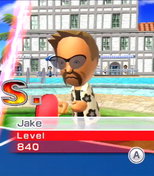 Jake about to play a Table Tennis match.