Ivo (pronounced "EE-vo") is a CPU Mii from Wii Sports Club and Wii Party U. His Total Skill Level is 11, tied with every other Beginner Baseball teammate.

He does not compete in Tennis nor Boxing, though he does appear as a spectator and coach (respectively).

He only makes an appears as a Baseball teammate.

In Wii Party U, Ivo is in Beginner Difficulty. 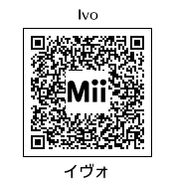 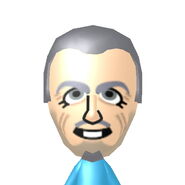 Ivo and Friends in My Nintendo.

Ivo and friends on a Miiverse poster. 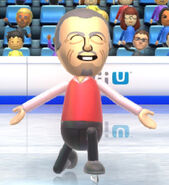 Ivo as an Ice Skater. 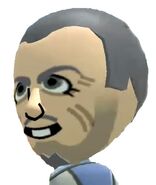 An artwork of Ivo.

Ivo as a swimming referee.

Add a photo to this gallery
Retrieved from "https://wiisports.fandom.com/wiki/Ivo?oldid=226149"
Community content is available under CC-BY-SA unless otherwise noted.