In Baseball, Helen is a high Pro, being the 6th best player with a skill level of 1089 to 1285. Her team consists of Steve, Pierre, Takumi, Shinnosuke, Hiroshi, Rin, Emily, and Sarah. Helen plays on the teams of Maria, David, Miyu, Nick, and the Champion Sakura.

In Tennis, she is also a Pro at a skill level of 1300. She plays with either Steph or Michael.

In Basketball, she is the Pro-Class Beginner, with a skill level of 1001 to 1005. She leads a team with Ren and Stéphanie.

Overall, Helen is one of the best Miis.

In Wii Party, Helen is in Standard Difficulty. 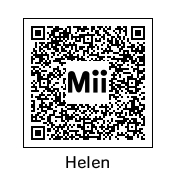 Helen's QR Code, as seen in the portrait. 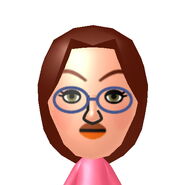 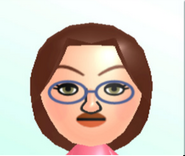 Helen's image in a file in the September 2020 Nintendo leak. 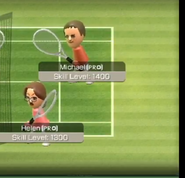 Helen doubling up with Michael in Wii Sports Tennis.

Helen doubling up with Steph in Wii Sports Tennis.

Helen in Purple Armor in Stage 10. 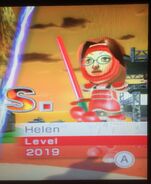 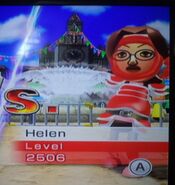 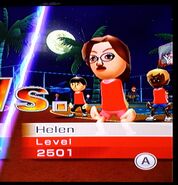 Helen and her teammates Ren and Stéphanie in Basketball. 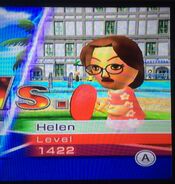 Helen about to play a Table Tennis match. 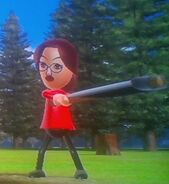 Helen in a artwork for Wii Party.
Community content is available under CC-BY-SA unless otherwise noted.
Advertisement