Not to be confused with Ji-hoon.

In both Tennis and Baseball, Hee-joon is terrible at only Grade 1.

In Boxing, however, he is incredible at Grade 10. He is one of the last Non-Pros.

In Wii Party U, Hee-joon is a Beginner Difficulty Mii. 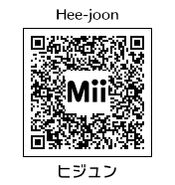 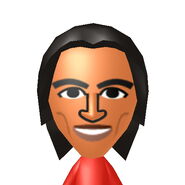 Hee-joon with Haruka in Miitopia

Hee-joon as a swimming referee.