Guillermo (Pronounced "gee-YEHR-mo" (not as in "jee-YEHR-mo")) is a CPU Mii from Wii Sports Club and Wii Party U. His Total Skill Level is 21, tied with every other Standard Baseball Teammate.

He does not compete in Boxing or Tennis, though he does appear as a spectator or coach (respectively).

He only competes as a Baseball Teammate.

In Wii Party U, Guillermo is in Standard Difficulty. 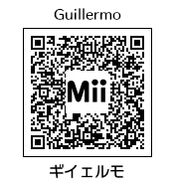 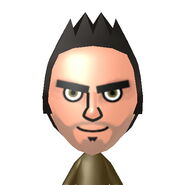 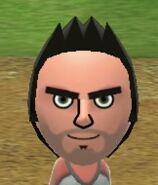 Guillermo in the Flight.

Guillermo (top left) in the preview video of Do U Know Mii?.