Guest E is a Pre-loaded Mii available for use in titles that feature Mii support, which includes (but is not limited to) Wii Sports, Wii Party and Wii Fit.

She has white skin, long blonde hair, blonde eyebrows, and green eyes with eyelashes, and her favorite color is sky blue. 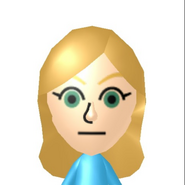 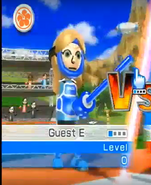 Guest E in another artwork for Wii Party. 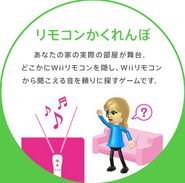 Again, Guest E is shown in another artwork.